After the season’s festivities and two days at the sales we are now doing a spot of lollygagging.  What a great word!  It’s up there with scallywag, golly and gosh (which I actually do use when I don’t have my labourer’s hat on – then I can usually be heard effing and blinding) and if the PC brigade will allow me to say it, golliwog is also there with those lovely 'olly ally illy' words.  It conjures up childhood memories of jam butties, collecting badges and soft toys.  My Dad still has his childhood golliwog and a younger companion beside his bed.   When my niece was about seven Brendan called her a ‘scallywag’, she gasped and her jaw dropped. “You’re not allowed to call me that!  You can’t use that word!”  It took some time and much laughter to realise she had got her words muddled up.  How sad that the PC brigade make us feel uncomfortable calling Dad’s Golly by his full name.


Golly I've side-tracked again, way off track!  Back to our lollygagging.  When we are working hard I long for the time when we can have a rest and spend time aimlessly, idling at leisure.  However, now that we do have time on our hands we are restless and are wondering what we can do to while away the hours.  It has been too wet to clean the moss from the roof.  I have asked Dad if he would like me to paint a room.  No thanks love.  The front door? No.  What about some furniture Dad?  No!  Well, can I paint the cat then?

So, we shall have to hope for some better weather and don our walking shoes and wait for Ice Energy to reopen so that we can collect the rest of the geothermal heating system.

We have ordered a bath (not too taxing) and today we bought the top for the island in the kitchen. I suppose I could scour the land for paint for the windows. That would kill some time.

As there has been nothing to report on the building front I thought I would post a few pictures of the build from the start.  If the BBC can get away with ruddy repeats I surely can, and I don’t even charge a licence fee.  Now there’s an idea!  So here are my BBC (building blog cop-out) repeats.

Looking at this picture the start seems eons ago
It was only November last year! 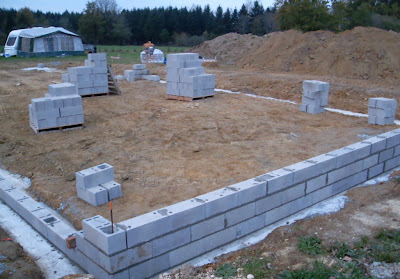 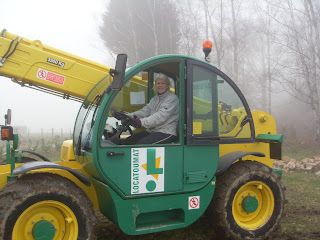 I was let loose tipping the concrete
January 2012 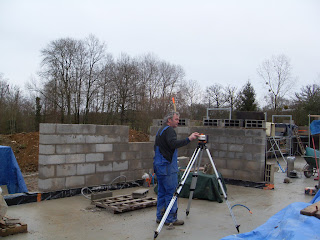 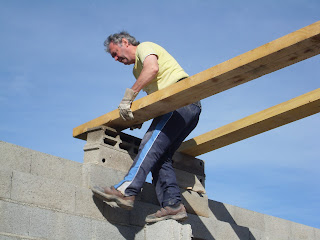 Then in May the sun shone 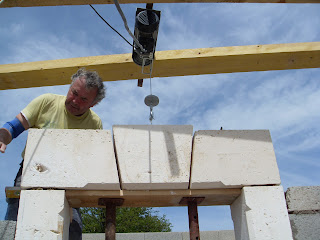 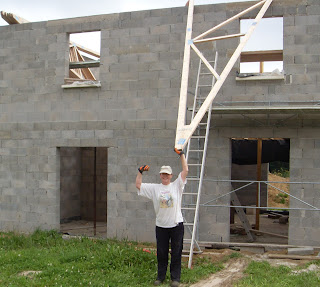 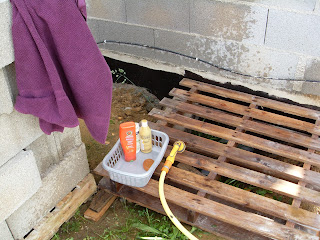 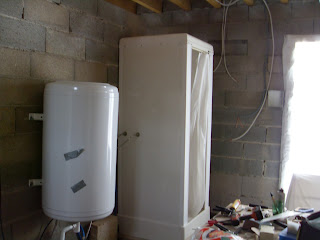 So there you have it.
Thank you again for all the help and support and encouragement we've received from you all, it has been much appreciated.